DISCLAIMER: Ibiza is an island off the coast of Spain, and is nicknamed the party island. They didn’t lie, so the weekend I had in Ibiza was full of partying and fun. If you don’t like the thought of me partying/having fun then I’d skip over this post! 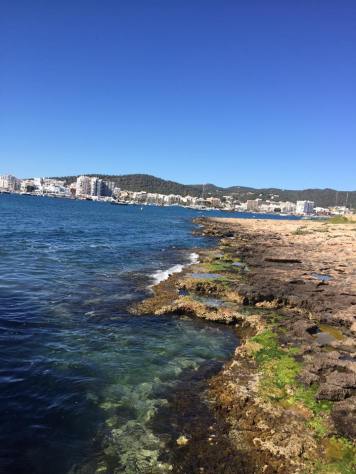 Boat view from the booze cruise 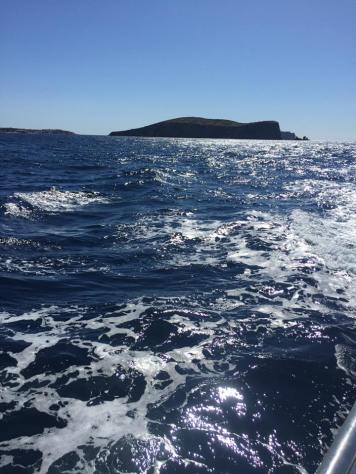 Boat view from the booze cruise

OKAY, so Ibiza (pronounced I-BEE-THA) was the most insane time of my life. I went to Ibiza with my friend Kristen in my program, and met up with Michaela, Alexa and their friends from their study abroad programs. From the beginning, I was stoked to head to Spain again. Also, since I hadn’t been in a bathing suit, or the sun for that matter, since September I jumped at the opportunity to go to one of the most poppin’ places on the planet. As I said it’s an amazing island off the coast of Spain. It’s beautiful, sunny, and lively at all times. When we first got to Ibiza it was raining and gloomy, but after a 2 hour nap we awoke to the sun and a whole lot of fun, which sealed our fate for the weekend!

The first day we got to Ibiza there was a pool party during the late afternoon and we went to a club later that night. The pool party was fun because it was sunny and warm, everybody finally got their first glimpse of warmth for the summer and it was on. there was an awesome DJ and there was even a midget running around writing on people with markers. He ended up writing his phone number on me and said call me…lucky me, huh?!

The first night we went to this unbelievable club. The DJ was bumping and we were dancing in the middle of club, and around about 5 am water starts pouring from the ceiling. Mind you, we’re in the middle of a dance floor, which thinking back was built about 5-feet lower than main floor of the club. To make it crazier water starts rushing onto the dance floor. It was advertised that the club would turn into a swimming pool, but we were not ready for what happened next. So, as the water is pouring out from all sides of the club slowly, but surely the middle of the club turns into a frickin’ swimming pool. When I say swimming pool, I don’t mean a shallow kiddie pool. I mean that people were literally jumping off of the steps into the water….that’s how deep the pool became! It was the most unbelievable thing I had ever experienced. I wish I could of captured some photos, but seeing as how the entire club turned into a pool that just wasn’t an option!

The next day we ended up doing a booze cruise around the island, which was fun, but the ship was pretty rocky. A rocky ship + alcohol does not for the best experience make…I’m sure everyone can imagine the worst that could happen and that’s exactly what happened. But, despite that there was a dope DJ, and the weather was beautiful, so all in all I couldn’t complain. The second night was a lot of fun my friends and I ended up getting invited into the VIP section and got to watch the concert from the DJ booth, which was awesome.

Ibiza, the party island, lives up to its name.

In the words of Drake:

“I’m living for the nights that I can’t remember, with the people that I won’t forget”

Also S/O to Roses by the Chainsmokers for being the soundtrack to a dope weekend.