All right, now I’ve been in the US for quite some time now. It’s actually been over a month and I love the US. I don’t care what anybody says, Philly is my favorite place on the planet. I spent so much time in London, but looking back I can’t say that I cared for London very much. There were so many places that I loved 1000x more than I loved London. For example, Greece and Spain and Amsterdam. Those were my favorite places. And by the way I am in no way saying that I am ungrateful or unhappy that I went to London. I am just saying that there are places that I feel way more connected to spiritually! Anyway when i stepped off the plane in Philly I wanted nothing more than a peach water ice and a cheese shot pretzel. Instead I ended up going to Wawa, which was a very close second! For those who don’t know, Wawa is an amazing chain convenience store in the Tri-State, Maryland, Virginia and some parts of Florida.

The first thing that changed when I came back to the US was my hair: 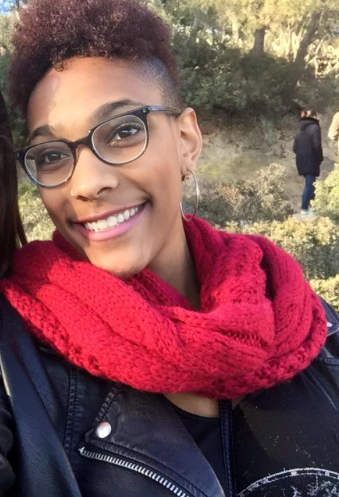 Yes, ladies and gentleman, I cut it all off. Because in the crazy world we live in I have far more pressing issues to worry about than my hair, including but not limited to: #BlackLivesMatter, the wage gap, rape/sexual assault, you know actual important things!

When I got home I knew that I needed to have something awesome lined up for this summer, mainly so I could get some guidance on what exactly I want to do when I finish college next year (crazy right?). I ended up heading to work at the Philadelphia Federation of Teachers Union (PFT) where I do marketing and research, which is normal. I always work at the PFT, which I love, but I soon realized that I needed a strong internship. I had remembered applying to a bunch of internships, but not too many of them got back to me. Eventually I heard back from the American Heart Association and was elated to hear that they wanted me to come on as a social media intern. I was over the moon with that decision, and after a few days I really enjoyed the people and what I was doing. But after a few days I got a call from the Democratic National Convention Committee (DNCC), and realized that they offered me an internship position. I knew I couldn’t pass it up, so I immediately took up the offer.

Since I started at the DNCC, I’ve had an amazing time and summer has been awesome so far. Rafi came to visit Philly all the way from Dallas, I’ve been hanging out a lot with my friends Charlotte and Tahira from Pitt. The month of May was hectic and full of birthdays, but May is the best because it’s a non-stop good time! I got to attend a really good friend’s graduation party, I officiated my first LGBT wedding (which I’ll dive into later). Thanks to the DNCC I was also able to mark in the Philly PRIDE Parade, and I attended Odunde Festival for the first time! Not to mention this weekend where I’ve got some good stuff in store. That’s all that’s happening with me for now though, so until next time….